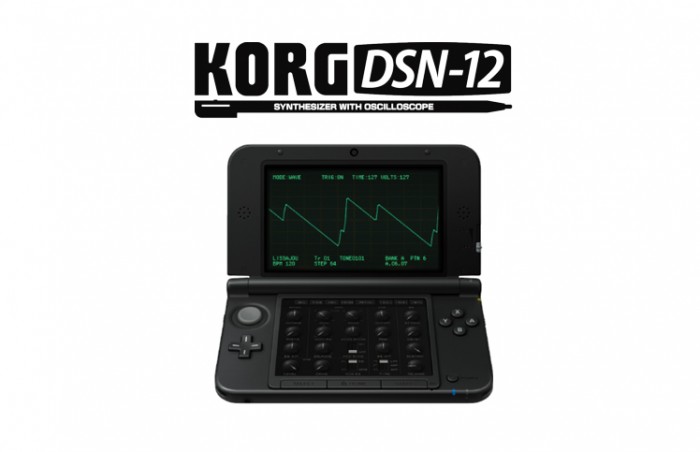 Korg and Detune have announced the Korg DSN-12, a 12 monophonic synthesizer for the Nintendo 3DS. This may seem like an odd choice of platform for a synth but Korg already have a track record in the successful Korg M01D which emulated, you guess it, the classic M1.

Coming with a 64 step and 64 pattern sequencer, chain patterns in upto 99 sequencer scenes, 3 effects can be used at any one time, music and preset sharing between users, a waveform and lissajous display and featuring the first 3D oscilloscope on the 3DS it looks to be great fun and also (dare we say it) a proper musical instrument for anyone prepared to integrate it into their existing workflow.

Available now in Japan, it will hit the rest of the world in September and only be available from the Nintendo eShop. Check the demo videos below. 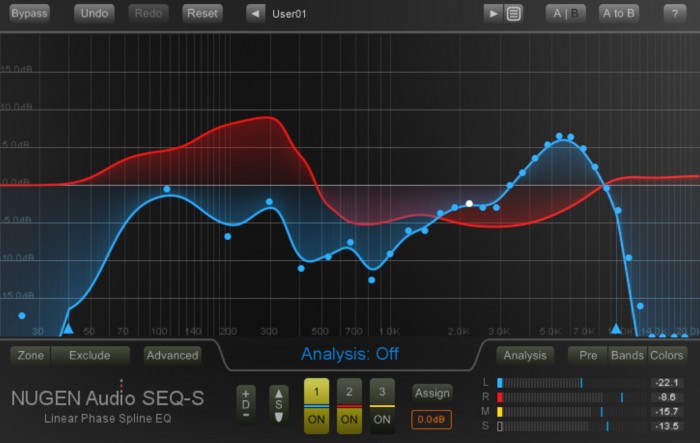 “Unlike many digital EQs, SEQ-S features a phase profile that is linear across the frequency spectrum which results in natural sounding EQ changes and produces minimal phase artifacts. SEQ-S also includes a unique resolution setting that can be used with high precision in the low frequencies, allowing for highly transparent adjustments without muddying the mix.”

On top of these SEQ-S offers an “Invert” button making usual space saving techniques as literally simple as pressing a bunch. Perhaps most excitingly, the “match” in the “spline-match” description refers to the ability of cloning the EQ in a piece of audio and then transferring onto yours! While SEQ-S won’t be the first EQ to offer this there’s no doubt that NUGEN will offer one of the best applications of this concept so far.

Available now for $249, it comes in as VST, VST3, AAX and AU in 32 and 64bit formats. There is an RTAS version but that is only in a 32bit version. For full details visit the NUGEN Audio website.

Applied Acoustic Systems, the company most famous for the Tassman modular synth, the Lounge Lizard series of electric pianos and the excellent Chromaphone (seriously, if you’ve not used Chromaphone then you need to check it out, it’s fantastic), have released a major update to physical-modelling String Studio bringing it up to version 2. The interface has a major redesign, splitting the synth into 3 main sections – Play, Edit and Effects – with the Play section now adding an Arppegiator into the mix, users now have 12 effects including brand new EQ and Compressors to add into their chains and the preset manager has had a masssive overhaul making organising and sharing so much easier (VS-2 is also bakckwards compatible with the original String Studio).

AAS aren’t a company to update for the sake of updating so if they have something new it really is worth taking notice of. The original String studio was highly praised on its release 9 years ago and we fully expect this new version to be as successful and for as long.

Available now at the introductory price of $99 and including the Frontier soundbank (rising to $199 on July 1st) it’s available for PC and Mac and comes in 32/64 bit flavours for VST, AU, RTAS and AAX native. Check out the intro video above and then head on over to the product page for full details.

A couple of weeks ago Dave Smith Instruments teased us with an unexpected announcement of a new instrument, and last night we were treated to what will be one of the biggest synthesizer announcements of the year – Dave Smith Instruments have released the Pro 2. Dave Smith calls it his “most powerful monosynth ever”, and we agree wholeheartedly with that. It appears that not only have DSI created a very powerful self-contained sound creation tool they also have built the Pro 2 with enough internal and external control capabilities that it could proudly sit at the centre of many production and live set ups.

We  recommend that you watch the excellent introduction video above to get the best idea as to what this is capable of but check the full specs below to get the bigger picture.

Available in late July from the regular DSI stockists and dealers, street price will be $1999. 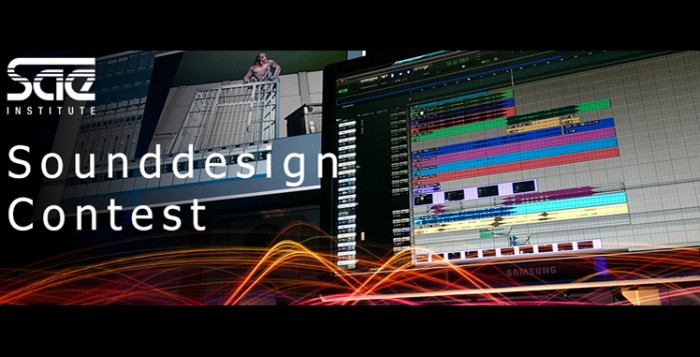 There’s a very cool sound design contest been announced by SAE Institute, with some awesome prizes up for grabs. What you need to do is create the necessary soundtrack for a short animation of a monster breaking out of a cage and being all monsterish. No music can be used, only “foley, atmosphere and sound design” can make up the audio.

With a combined total of over €5500 the prizes are split into 1st, 2nd and 3rd tiers with the top dog walking away with an Avid MBox, PT11, an Avid Artist Control, iZotope’s RX3, Boom Library’s Magic Bundle and Creature Bundle, a Rode NTG-1, and a copy of Sugar Byte’s Turnado!

With that up for grabs there seems to be very little reason not to be involved so head on over to the competition page to download the animation and get full terms and conditions. 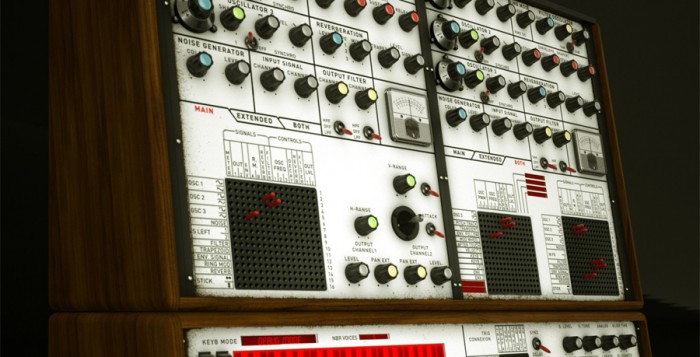 French synth developers XILS-Lab have gone one step beyond in their latest release. Not content with already offering the brilliant EMS VCS3 emulation in the XILS 3, they’ve now produced the never-before-released EMS VCS4. And when I say never-before-released I don’t just mean in plugin form, I mean in real life – it never got past the prototype stage. In fact, only two were ever made, one of which belongs to Matt Black from Coldcut.

At a very basic level, a VCS4 is two VCS3s, a keyboard, a mixer and a signal processing unit all in one handy case, but XILS-Lab have completely interlinked the two VCS3s making them operate in serial or side by side, and also coupled them with the famous 256 analogue polysequencer. Also throwing in a whole host of effects and performance controls and features this looks to be a very comprehensive update to one of the rarest synthesizers never made.

Available now as a 32- and 64-bit-compatible virtual instrument and effects plug-in for Mac (AAX, AU, RTAS, VST) and Windows (AAX, RTAS, VST), if you buy direct from XILS-Lab before the 17th June you can take advantage of a special introductory offer that a discounted price of €149, a free eLicenser USB dongle, and a free copy of the XILISTICS preset bank! Full details can be found on the XILS 4 product page where you can also find full audio and video demos. 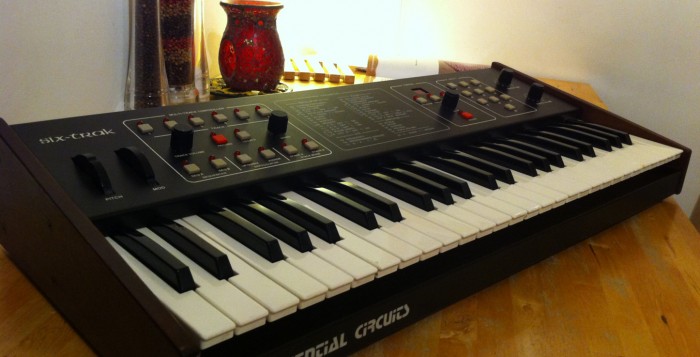 Hideaway Studio, aka Dan Wilson, has been responsible for some of the more interesting sample libraries to have been released in the past 18 months. Quite a lot of the time the equipment being used has been lovingly restored by Dan Wilson and this latest library is an example of a synth being brought back from the dead – the synth in question being a Sequential Circuits 6-Trak. Dan writes:

In 1984 Dave Smith and his team at Sequential Circuits released the Six-Trak which was one of the first instruments not only to feature the then new MIDI control system but was an early multitimbral offering. As is so often with my ever growing collection of vintage synths at Hideaway, Six-trak number 1551 came in dead and was singing sweetly again after a few days of attention on the slab armed with the oscilloscope and soldering iron. Having rescued this little beasty from the grave I was confronted with an empty patch memory so I set about programming up 100 new patches which resulted in a mammoth sampling session rendering over 4Gbytes of material that was auditioned in Kontakt. Having cherry picked some 70 or so of my favorites I set about looping some 870 or so samples and programming up 100 new instruments in Kontakt.

I have to say I was quite surprised by what I managed to get out of what on paper is quite a humble 1-OSC per voice polysynth. I think there are a few reasons for this – firstly I found the Six-trak to have quite a dark nature to its sound and the filters are great with the whole self oscillation thing launching it into sometimes complete instability but on other occasions rendering bells and percussive sounds aplenty. The way the VCAs are also setup permits the filter to be somewhat overdriven which adds another dimension to its sound.

Out now for £10, and requiring a full version of Kontakt 4.2.4 or higher, it’s available from the Hideaway Studio website along with a (rather fantastic) audio demo.

Soundmorph, the sound design company famous for a range of futuristic libraries such as Solar Sky and User of Tomorrow as well their own Galactic Assistant and Wave Warper software, have come back to the present with a new library, Intervention. Currently on a special pre-sale offer of $159.20, Intervention is the most complete and researched SWAT sound effects library ever made, featuring 26 weapons recorded by Hollywood’s premier weapons recordist, Charles Maynes, as well as gun foley recorded by Matthew E. Taylor.

We’ve compiled a collection of the most frequently used weapons by American SWAT units, offering you a complete sound set to work on modern films, television or games.We’ve even included the source recordings for you to design your own gunshots, and plenty of additional foley, utilities, boots, explosives, gun handling and gear body movements, making this the most developed soundpack library in its genre.
All files are 24bit/96khz stereo files, meticulously embedded with Soundminer & Basehead metadata, including:

Charles Maynes’ work includes Spider-Man, Tom Clancy’s Ghost Recon: Future Soldier and Resident Evil 5, and he is regarded as one of the go-to people in Hollywood and games for weapons recording.

Full details can be found at the Soundmorph website.